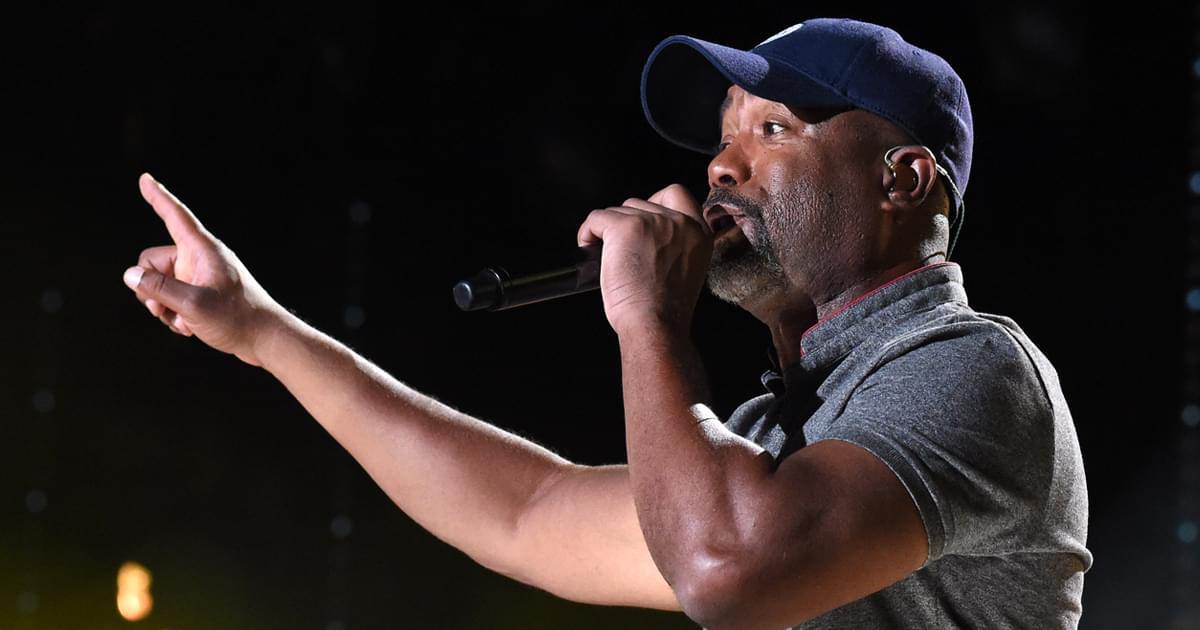 With three Platinum-selling albums and a string of hits, Hootie & the Blowfish left an indelible mark on music in the 1990s. The band’s 1994 debut album, Cracked Rear View, is one of the Top 10 best-selling albums of all time, according to the RIAA, which has certified the album 21X Platinum for sales of 21 million units.

While Hootie & the Blowfish is now eligible for nomination/induction into the Rock & Roll Hall of Fame—artists/bands are eligible for the Hall 25 years after the release of their first recording—frontman Darius Rucker isn’t holding his breath.

During a recent media round, Darius was asked about the possibility of being inducted into the Rock & Roll Hall of Fame.

“Never gonna happen [laughing],” says Darius. “It’s never gonna happen. When CNN does a show on the music of the ’90s and don’t even mention Hootie & the Blowfish, for us to think that we’re gonna get into the Rock & Roll Hall of Fame is pretty crazy, don’t you think?”

“We got no shot,” adds Darius. “We don’t have the kind of respect you need to get in there. Do I think we deserve to be in there? Absolutely. We changed music, we saved music, we changed radio, but, you know, that’s not enough for them. If we got in I’d be really happy, but I’m not holding my breath.”