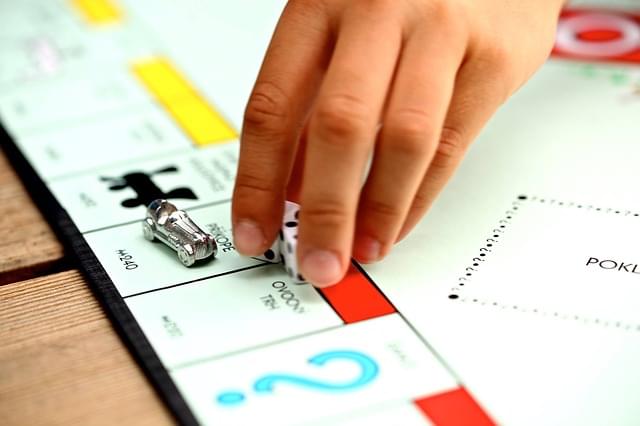 I often wonder why I continue to play Monopoly. Every game ends in screaming matches and police reports.

The good news is that there’s a way to ensure that even if you’re gonna get into a domestic dispute over Monopoly, at least YOU’LL be the one on top.

Here are seven Monopoly hacks so you’ll win every time:

Develop property as aggressively as you can. Even if you have to go bankrupt – DO IT. Buy every property you can when you land on it early in the game. The biggest mistake you can make is turning up your nose at “smaller properties.”

(red), Tennessee Ave. (orange), and New York Ave. (orange). Those are the most-landed on properties on the board.
Don’t save your money. This is kind of weird, but you should have the least amount of money in the bank as possible. Less money in the bank means more investments, so saving money doesn’t do anything for you.

Don’t bother with utilities. This one kills me because I LOVE the railroads and utilities. But, sadly, you can’t build on them, so you can’t increase their value – and they’re kind of pointless. Apparently you only have a 3% chance of making money off them.
Develop three houses or hotels as quickly as possible. Apparently there’s a “rule of threes”: Always develop three houses on your monopolies as quickly as possible, then aim to build three hotels on your properties. You can get as much rent as possible out of your properties this way.
Later in the game, don’t try to get out of jail right away. When there are houses and hotels all over the board, you can save money by staying there for your three turns (unless you roll doubles). If you’re running low on cash, jail can be a blessing.
Create a housing shortage by using up all the houses. Once the 32 houses have been placed on the board, you can’t buy any more. So you can run your opponents into the ground by snatching all of them up as quickly as possible